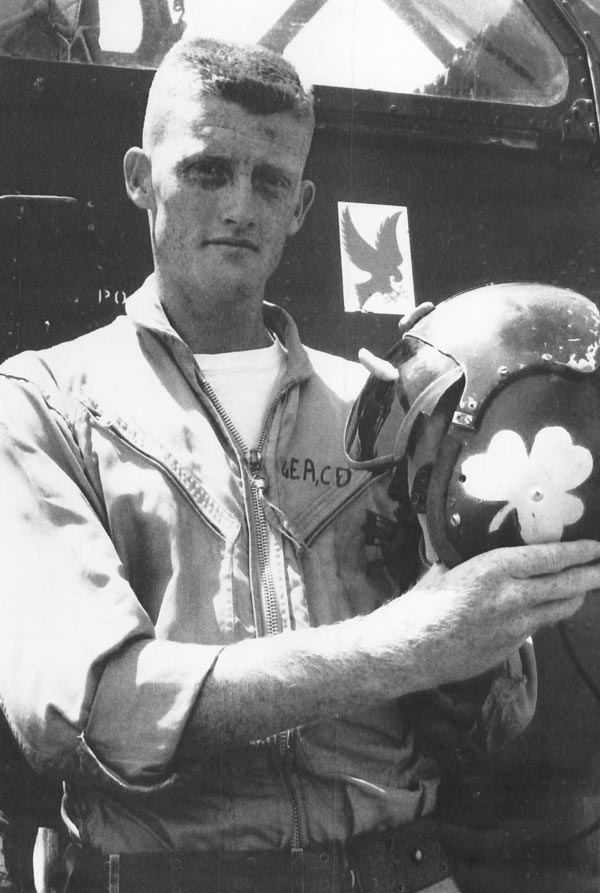 Charles D. Lea (Chuck) was born 26 August 1943 inCarthage, AR. After graduating from high school, he attended Southern StateCollege before enlisting in the United States Marine Corps as a private inJanuary 1963. He qualified for flight school and was ordered to Naval AviationTraining Command in August 1963 with the rank of Marine Aviation Cadet(MARCAD). In May 1965, he received his commission as a Second Lieutenant andwas designated a Naval Aviator.

After flight training in May 1965,2Lt Lea was ordered to  the  First Marine Aircraft  Wing for  Combat duties in Southeast Asia flying H-34Dhelicopters with Marine Helicopter Squadrons (HMM) 362 and 263, located nearDaNang in South Vietnam.  Combat flyingincluded carrying Marine assault forces, emergency medical evacuation, searchand rescue and resupply.  In September1966, he returned to the

Captain Lea returned toattend the College Degree Program (Bootstrap). After receiving his Bachelor'sdegree in August 1971, he transitioned to the A-4M Skyhawk. He flew the A-4Mout of Beaufort, SC with Marine Attack Squadron (VMA) 324 from November 1971until June 1974. He was ordered to the First Marine Aircraft  wing from June 1974 until July 1975.  Major Lea participated in operationalmissions.

Following various training and staffduties, including the Armed Forces Staff College (AFSC) in Norfolk, VA; LtColLea studied at the Naval Postgraduate School (NPS) in Monterey, CA from July1979 until April 1981, where he received his Masters degree and was promoted toLieutenant Colonel (LtCol). After staff duties with the Fourth Marine Air Wingin New Orleans, LA and the  First MarineAir Wing in Japan, he was assigned to the Third Marine Air Wing in El Toro, CAin July 1984. He retired from the United States Marine Corps in September 1986.

Following his retirementfrom the Marine Corps, Mr.  Lea was hiredby American Airlines and flew for them for almost 18 years, flying the Boeing727, McDonald Douglas DC-10 and MD-80 and Boeing 757 and ER 767. Along withother airlines, American is obligated to supply airlift for Military forcesduring National emergencies. He participated in these Civil Reserve Fleet(CRAF) missions during Operation Desert Storm in 1991. Mr. Lea made Captain forAmerican in January 2000. He retired from American in September 2003.