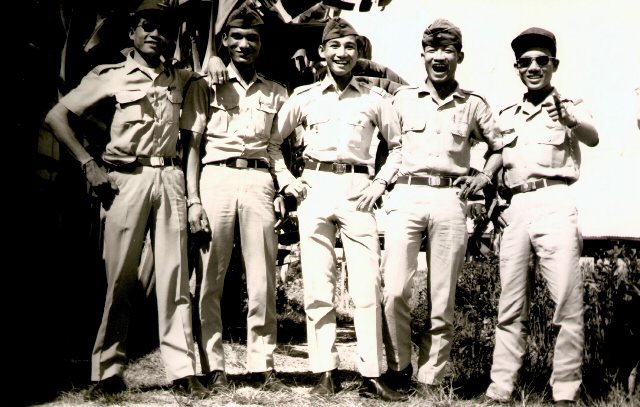 The Cpl. J.R. Spears Detachment of the Marine Corps League announces its 4th Annual – Heroes Among Us Speaker Series – Allies Night-The Hmong Special Guerilla Units Night – scheduled for 27 October 2016. The MCL intends to honor General Secord and the Hmong Veterans of the SGU who fought with valor and distinction and are responsible for saving hundreds of American lives. The Guests of Honor are Major General Richard Secord, USAF and the Veterans of the Hmong SGU-Laos. In August 1961 General Secord joined covert operations in what would become the 1st Air Commando Wing, remaining there until 1965. Secord flew over 200 combat missions from March 1962 to January 1963, flying AT-28s while training Vietnamese pilots. After returning to Vietnam, in 1966, General Secord was detailed to the Central Intelligence Agency to serve in the Secret War in Laos. On 7 January 1967, in what is still a heavily classified operation, Secord directed the only successful prisoner of war rescue of the Vietnam War, the Ban Naden Raid. A team of the CIA's hill-tribe mercenaries was inserted out of hearing of the POW prison and the surprise raid quickly wiped out the camp guards. General Secord's other responsibilities during this time were logistics and operations covering a wide range of duties including the defense of Lima Site 85. The location, nearly on the Lao border with North Vietnam, would enable American strike aircraft to follow its radar beam to Hanoi and drop their bombs regardless of weather. General Secord was tasked with the defense of this site. However, despite his best efforts, this site would be overrun in March of 1968. From the very beginning of the Vietnam War, the CIA and Special Forces of the United States recruited, trained, supervised/led, and paid Lao/Hmong soldiers to fight the NVA in Laos and along the Ho Chi Minh trail for the benefit of the United States Armed Forces. During this time from 1961-1978, the Lao/Hmong lost over 35,000 dead, and many more wounded. Their valor, loyalty, and effectiveness fighting the NVA were never in doubt. These brave soldiers are responsible for rescuing hundreds of downed American airman as well as for obtaining important intelligence on enemy movements in and through Laos. The United States Congress has recognized these war veterans with citations and medals for their actions during the Viet Nam War. Also, a monument at Arlington National Cemetery honoring these brave soldiers was erected in 1997. Many thousands of these soldiers escaped after the communist takeover of Laos and found themselves in refugee camps in Thailand. Other SGU soldiers who could not escape were captured and sent to concentration camps where they were starved or worked to death.
Back to Blogs