Assist Service Members and Veterans who demonstrate a desire for government and/or non-government organization support in the areas of initiation of VA service connection, benefits qualification and ID card processing, housing, health care, mental health, addiction and employment services through counseling and referral.

Organize, Structure, Plan for Mission Success ...Like who we are, Marine Corps League Members.

Express the Espirit de Corps and Joy of the League with all our efforts and actions.

Emulate "No Better Friend" to the Greater Pensacola community in giving back and contributing to the welfare of the whole. 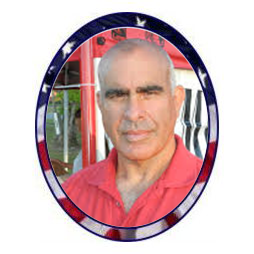 Upon his graduation from the Personnel Administration Course in April 1984, he was assigned to his first duty station with Marine Medium Helicopter Squadron 365 Marine Corps Air Station New River, NC as a unit diary clerk. During this tour, he deployed on board the USS Nassau in support of exercise Universal Trek and Solid Shield 85, which took place in Honduras and off the coast of Camp Lejeune NC respectively.

In May 1985, he received orders to Headquarters and Headquarters Squadron Marine Corps Air Station Kaneohe Bay HI where he was assigned as a Unit Diary Clerk. During this tour, he was also assigned as the Unit Mailroom NCO. He was promoted to Corporal and reenlisted in 1987. During this time, he met and married his “Blue Eyes” Laura Lee West on 16 October 1986.

In July 1989, he received orders to Marine Corps Security Force Company Keflavik Iceland where he was assigned as a Unit Diary Clerk and the Classified Materials Control NCO. He also volunteered to be the Company Color Sergeant performing in several events to include joint details for visiting dignitaries. During this tour, he participated in a joint exercise in support of the ground defense of Iceland. In July of 1991 he was promoted to Sergeant and volunteered for Drill Instructor Duty.

In January 1994, Sgt Fernandez was transferred to Marine Fighter Attach Squadron 214, the “Blacksheep” squadron, where he served as a Personnel Chief. During this tour he received high marks during a Marine Corps Administrative Analysis Team Inspection. He was promoted to Staff Sergeant in December 1996. During his assignment he participated in exercise Red Flag at Nellis AFB NV.

In January 1997, Staff Sergeant Fernandez was assigned to Enlisted Aviation Maintenance Trainee Management Unit NAS Pensacola FL where he served as an Admin Chief in the classification and assignment of enlisted aviation maintainers. On February 1st 1999, he was promoted to Warrant Officer and transferred to The Basic School Quantico, VA. Upon completion of The Basic School, Warrant Officer Fernandez was transferred to MCSSS Camp Johnson for the Personnel Officer course.

In August on 1999, Warrant Officer Fernandez reported to Second Battalion, Eighth Marines (America’s Battalion), Camp Lejeune NC and assigned as the Battalion Personnel Officer. In August 2011 he was reassigned to Headquarters Battalion 2d Marine Division. During this assignment he was an integral part of the stand up of the 2d Marine Division Personnel Administrative Center where he headed up the Unit Deployment Section. In August 2002, CWO2 Fernandez was attached to the 26th Marine Expeditionary Unit CE and assigned as the MEU Personnel Officer. In March of 2003, the 26th MEU set sail and he participated in Operation IRAQI FREEDOM and Joint Task Force Liberia. During this deployment he was promoted to CWO3. Upon return from deployment, CWO3 Fernandez was detached and return to the Division Personnel Administration Center where he assumed the duties of the Legal Officer.

In September 2004, he was assigned to Marine Aviation Training Support Group 21 Naval Air Station Pensacola, FL where he was assigned as the Deputy Director of the Personnel Admin Center. In August 2006, he was promoted to CWO4.

In August 2007, he was transferred to 3d Marine Logistic Group Okinawa where he was assigned as the G-1 Operations Officer. In March of 2008 he was reassigned to 1st Marine Aircraft Wing and assumed the duties of the Wing Personnel Officer.

In August 2008, CWO4 Fernandez returned to MATSG-21 Pensacola and assumed the duties of the Director, Personnel Administration Center. During this tour he was responsible for the coordination of a Commanding General’s Inspection and two Marine Corps Administrative Analysis Inspections in which the command received noteworthy results.

He is married to the former Laura Lee West and they have two boys, Robert and Nick. 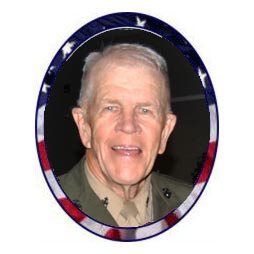 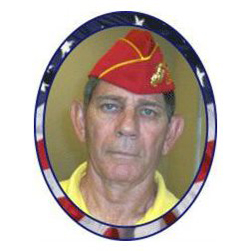 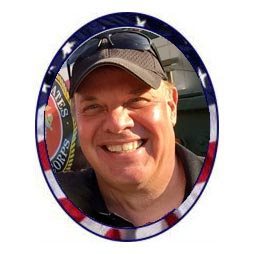 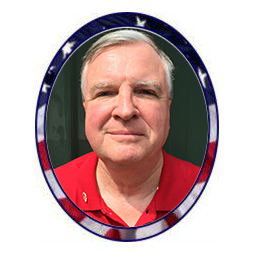 Ed was born in Philadelphia, PA and joined the Marine Corps in December 1972 in Allentown, PA, with the PLC program. In the summer of 1973, he reported to boot camp at Camp Upshur as a PLC Junior and then returned to the NCO School at Quantico to complete his PLC Senior training in the summer of 1975.Having finished OCS during his college years and having completed his college degrees at Lehigh University with a B.S. in Finance and a B.A. in European History, Ed was in commissioned as a 2nd Lt. in May of 1977. In August of 1977, he reported to the Basic School for officer training with Hotel Company 2-78. His roommate at TBS was Capt. Don Roe, USMC a life member of our detachment. After leaving TBS in February 1978, Ed reported to Camp Johnson for MOS training as a Supply/Fiscal Officer.

Ed reported to his first duty assignment in the FMF in May of 1978 and was assigned to the 2nd MAW Wing Comptroller’s Office at NAS Cherry Point, NC. He also served as the Asst. Supply/Fiscal Officer for MWSG-27 during this tour of duty. Ed transferred to 1st MAW Iwakuni, Japan and served as the Asst. Supply/Fiscal Officer for MAG-15. His final duty station was HMX-1 support at the Quantico Air Station. In October of 1981, Ed was released from active duty as a 1st Lt. and in August 1982, he finished the Masters in Business Administration with a concentration in accounting from George Washington University in Washington, D.C. From December 1982 to November 1984, he was an instructor at the National Defense University and Chung-Ang University in Seoul, the Republic of Korea. In October of 1987, Ed was licensed as a Certified Public Accountant by the State of Virginia.

In December of 1984 he joined the Marine Corps League (MCL) with the Smedley Darlington Butler Detachment in West Chester, PA. Ed transferred his membership to the Cpl. J. R. Spears Detachment when he moved to Pensacola in 1999. Ed currently is serving as Vice-Chairman of the HAU committee and as the Public Affairs Officer for the detachment. 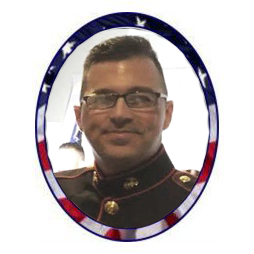 Proud husband, father, retired Marine and Ordained minister with a degree in Christian Life and Christian Service. Published two songs with Operation Song out of Nashville TN. Hold the position of Pay Master with the local Marine Corps League and am Treasurer for the Parent Teacher Organization (PTO) at East Milton Elementary. An author of “World of Wow,” a wonderful children’s book.

The Marine Corps League was founded by Major General John A. Lejeune (CMC), in 1923 and chartered by an Act of Congress on August 4, 1937. Its membership of 60,000 is comprised of honorably discharged, active duty and Reserve Marines with 90 days of service or more, and retired Marines. It includes officer, enlisted, male and female members.

The Marine Corps League is headed by an elected National Commandant, with 14 elected national staff officers who serve as trustees. Day-to-day operations are under the control of an executive director who supervises the day-to-day performance of the national headquarters staff, located at 8626 Lee Highway in Fairfax, Virginia.

The prime authority of the League is derived from its charter and from its annual national convention held in August in different major U.S. cities throughout the nation. The National Commandant has operational control over the National Headquarters staff and the National Board of Trustees, who in turn coordinate the efforts of 47 department, or State entities, and the activities of over 812 community-based detachments located throughout the United States and overseas.

The League is classified as a Veterans/military service organization and was formed for the purposes of promoting the interests of the U.S. Marine Corps; to provide camaraderie and assistance to Marines, as well as to their widows and orphans; and to preserve the traditions of Revenue Service Code 501 © (4), with a special group exemption letter which allows for contributions to the Marine Corps League, its Auxiliary and subsidiary units, to be tax deductible by the donor. 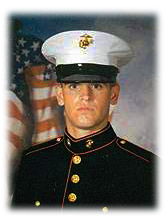 J.R. Spears was born in Pensacola, Florida on June 30, 1984 to Tim and Marie Spears of Molino, Florida. J.R. grew up in Molino and attended Bratt Elementary School, Barrineau Park Elementary School, and Ransom Middle School J.R. graduated in 2002 from Tate High School Where he was an Offensive Lineman for the Tate Aggies. Following graduation, J.R. attended Pensacola Junior College and made the Dean’s list. During this time, J.R. succeeded in his goal of losing eighty pounds so that he could fulfill his life-long dream of becoming a United States Marine.

J.R. enlisted in the U.S. Marine Corps in July 2003 and completed Recruit Training at Parris Island, South Carolina and graduated the Infantry School at Camp Geiger, North Carolina in February 2004.

J.R.’s first permanent duty station was with the 3rd Battalion, 7th Marine regiment, in 29 Palms, California. While stationed there, J.R. completed several specialized training courses and was particularly proud of receiving his EMT certification. From April through October 2004, he served his first tour of duty in Iraq.

In September 2005, J.R. and his unit were deployed to Iraq for a second tour of duty. On October 23, 2005, J.R.’s unit was attacked by Iraqi enemy forces in AR Ramadi, Iraq. J.R. was killed in action by an enemy sniper during this encounter and was the sole casualty in his unit.

Corporal J.R. Spears died in Iraq doing what he loved and believed in while serving his country as proud Marine. J.R. felt it an honor to serve his country and to serve with other proud Marines. In letters he wrote home, J.R. related that he wished all Americans could witness the many successes and accomplishments being achieved in Iraq by his unit and his Marines. While acutely aware of the dangers he faced daily, J.R.’s patriotism never faltered and his selflessness remained evident. Shortly before his death, J.R. told his parents that if a Marine in his unit had to die, he would rather it be him than a fellow Marine who had a wife and children back home.

In 2008, J.R. was joined in heaven by his loving and faithful mother, Marie Spears. Along with his father, Tim Spears, J.R. is survived by his sisters, Jessica and Jennifer, a large host of fellow Marines, and a grateful and humble nation. 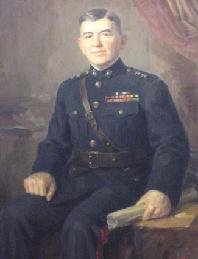 In memory of our founder and in support of the mission statement the members of Det. 066 are involved in a number of initiatives within our community. We enjoin all Marines, Corpsman and other Veterans to join us as we continue to serve our community. The officers and men of the Cpl. JR Spears Det. 066 Pensacola, Florida are proud to carry on with this mission statement originally laid down by our founder Lt. General John A Lejeune, USMC in 1923. 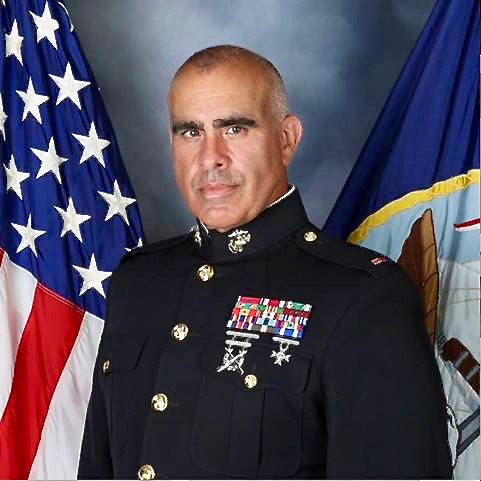 I am honored to have been elected and serve as your Commandant for 2 years. Moving forward, the same high standards as set forth by previous Commandants will be continued. There is immense power in an idea and even more power with unity. The Pensacola Marine Corps League has and welcomes members from all branches of the military for a common goal, doing tangible good in our community and for our veterans. Thank you members and volunteers!

Sometimes it is not necessary to reinvent the wheel, so in the words of our previous Commandant, Chris Holzworth, "...doing the things well uplifts our joy and Espirit de Corps... we are dedicated to doing well with all MCL activities to emulate the charter of the organization. “No Better Friend than the MCL" to our community." We are blessed to live in this great Nation where we can positively affect those around us.

Thank you for the opportunity to serve as your Commandant,
Semper Fidelis,
CWO5 USMC (RET)
"Membership is the Mission"